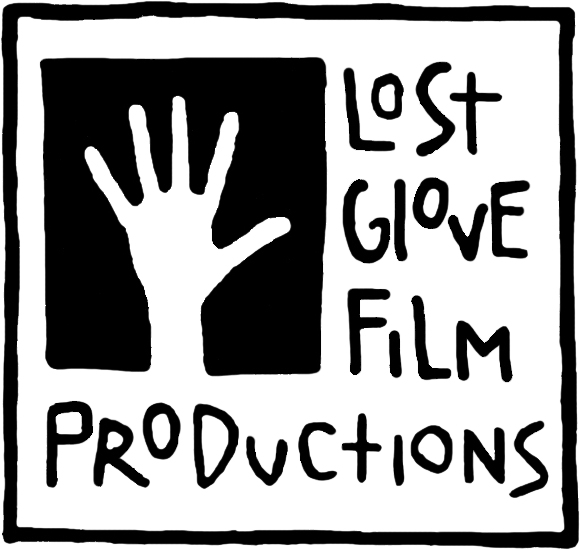 There is only one glove.

What is Lost Glove Film Productions?

It’s me. Richard LaPorta. I’m an independent Filmmaker living in Chicago and this is my one-man production company. I write, direct, shoot and edit. Mostly edit.

What did you want to be when you grew up?

Great question. When I was a kid I wanted to be a cartoonist. That was my unwavering plan. I even had business cards courtesy of my brother Robert and his 7th grade printing class. My comic strip was called “Doggle and Kitty”. It was originally “Doggie and Kitty” but my dad thought it said Doggle and I liked that better so I changed it.

Why aren’t you a cartoonist now?

Everything changed one evening when I was about 11 years old and found my dad in the kitchen working on a highlight film of the soccer team I was on with my brother. Strewn all over the kitchen were hundreds of feet of super 8mm footage he had shot over the past championship season. I was immediately drawn to the editing process and stayed up until 3am finishing “The Winners” with him. I was hooked.

Did you study filmmaking?

I did indeed. I studied filmmaking at The School of the Art Institute of Chicago in the late 80’s and early 90’s. This was before the dawn of digital media so it was strictly 16mm cameras, tape recording, and flatbed editing. I fully immersed myself in the process and had a fairly prolific college portfolio. That was a great time in my life. I met my wife Jamie at SAIC.

When did you start Lost Glove Film Productions?

After college, my brother Robert moved to Chicago and we immediately began to collaborate. In 1995 we co-formed Lost Glove Film Productions, naming it after a 8mm family film “The Lost Glove” made by dad when we were very young.

What are some Lost Glove Film Productions?

Our first project was a video journal of our visit to see our ailing great-uncle as he adjusted to life in a nursing home. We called it “Four Days in Detroit”.

Next, in an attempt to raise money for a feature film I had written, I sold my car and we shot a flashback scene from the script starring Robert and his not-yet wife Alexa. It became the short film “Man and Wife in Bed”. It premiered at the 1997 Telluride Film Festival and confirmed to us that we were on the right track.

As digital video started to take hold in the industry, we abandoned plans for shooting on film and dove in with our no budget DV feature “One Man’s Ceiling”, which Robert produced and starred in and I wrote, directed and edited. In 2002 it premiered at the inaugural Tribeca Film Festival. It also screened in the International Film Market at the Berlin Film Festival. We never got distribution, but it had a run at the Gene Siskel Film Center in Chicago where it got pretty favorable ink– getting 3 stars in the Chicago Tribune.

What is Row Four Productions?

Row Four Productions is my brother, my dad and myself. It is named after the row we occupied as season ticket holders to the San Diego Chargers. It’s a combination of Lost Glove Film Productions and my dad’s company BLP Productions. We were collaborating so much that we decided to form a separate company that specializes in videos for various non-profit organizations. We also have begun making what we call Family Legacy videos, which are basically family documentaries.

What are you working on now?

I’ve just finished the screenplay for my next feature film. It will be produced by Ericka Frederick and will again be a collaboration with my brother Robert. When I’m not shooting/editing as Lost Glove Film Productions and for Row Four Productions, I am being a Husband and Father.